I began my calling career in 1977 at the age of 15. Under the guidance of Dewey Hart who, as publisher of Cue’s and Tips, sponsored his first dance. I attended several of Cal Golden’s caller colleges and began calling in the Columbus, Ohio area.

I am a member of CALLERLAB and the Central Ohio Caller’s Association.

I have released several square dance records and have recorded on G & W (Golden and Williamson), Red Boot, and the Red Boot Star labels.

I have traveled extensively in a 12-state area as well as calling in Riyadh, Saudi Arabia.

I am a “Life Member” of the Orbiting Squares and received the “Quarter Century” award from CALLERLAB for 25 years in calling in 2002. 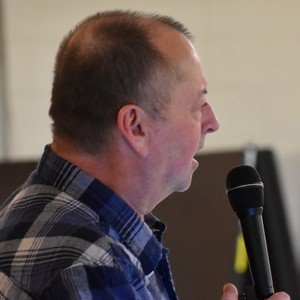